Alla Zorikova, who also goes by "Sveta" or "Olivia," is now in El Paso, TX and now calls her business "VON NOBLE HOF GERMAN SHEPHERDS." Please email me ([email protected]) if you have any information to report that can be used to seek official enforcement action!

This is Alla Zorikova, who runs the illegal "attack dog" business, pictured below while stalking an animal rescuer's property: 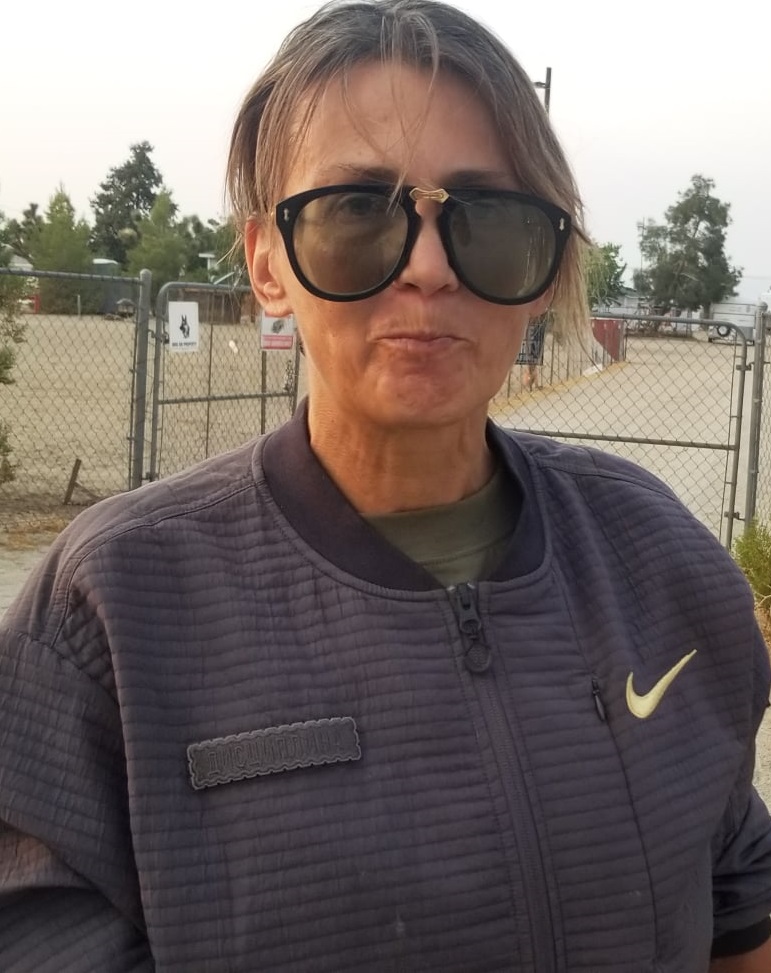 A Public Records Act response has been received from the County of San Bernardino, including photos of German Shepherds currently imprisoned in squalid conditions at "1335 Trump Blvd." in Barstow, CA, taken as recently as 10/2/20. Click here to view.

The landowners have been ordered to immediately remove "dogs and makeshift animal enclosures" from the property, but code enforcement is apparently taking no further action to confirm compliance until November 12, 2020.

The illegal actions of San Bernardino Sheriff's Detective Brian Grimm described below appear to have been undertaken in direct retaliation for the filing of this code complaint. Grimm began obtaining warrants based on falsified statements of probable cause and seizing animal rescuers' cellphones and computers on September 3, 2020, just three days after this code complaint was made.

Why is San Bernardino County facilitating abuse, neglect, and abandonment of dozens of German Shepherds at the above location, on land in the middle of nowhere, improperly recorded as "Trump Boulevard," by a squatter to run an illegal "bite dog" business?

Why are San Bernardino County Sheriff's deputies barging into people's homes in two states and stealing phones and computers in a misguided effort to locate and return rescued dogs to this illegal business?

Alla Zorikova was arrested on animal cruelty charges on August 8, 2020, and San Bernardino Sheriff's deputies initially called on community members to come rescue dogs left abandoned on the vacant land that Zorikova was squatting on. But then the County inexplicably dropped the charges and instead began "investigating" animal rescuers as being suspected of "stealing" the dogs.

Here is what it looked like on the above land when rescuers arrived at the request of San Bernardino Sheriff's deputies: 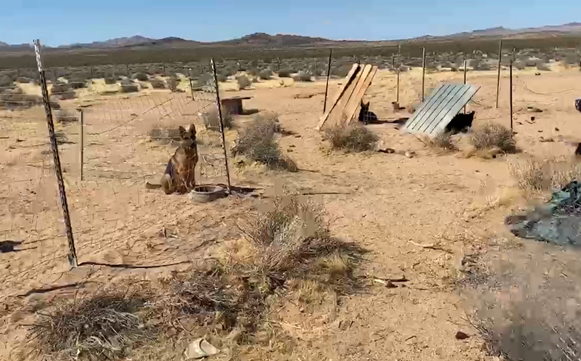 The below lawsuit has been submitted for filing in San Bernardino Superior Court. If the PDF does not display properly, click here to download.

To contribute to court costs for these and other efforts, click here. Animal Protection and Rescue League is volunteer-run, and all attorneys are pro bono, only being paid from the other side if we win!